A Traveler’s Perspective On The Death Of Osama

A Traveler’s Perspective On The Death Of Osama 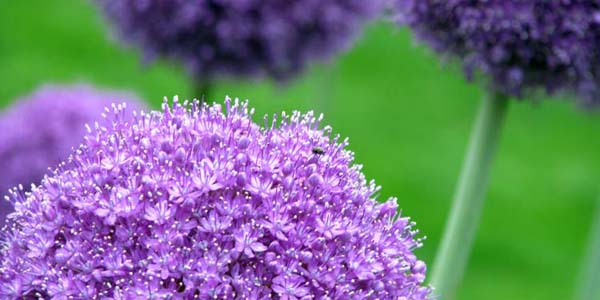 When I first heard the announcement, I simply stared at the television screen and thought, “Okay, he’s finally dead.” Then, for a few minutes, I sat in silence, able to do nothing but think about all of the people who have died, both on 9/11 and during the years since, as a result of the wars that have followed.

When Obama’s speech reached its end, I started to wonder what the eventual outcome would be of this undeniably historic day, hoping that somehow the announcement I just heard would lead to a more unified and peaceful planet.

At this point, the crowds began to form. Outside of the White House and on the streets of New York City, people of all races, religions and walks of life began to gather. Within minutes, photo and video images of these gatherings filled the television screen.

I must admit that I felt a strong sense of unity with my fellow countrymen and countrywomen, masses of whom had gathered in the middle of the night in order to reflect together on what has been a trying decade.

And then I saw the Bud Light bottles. It turned out that the crowds of people on the television screen were not so much reflecting on the loss of life that has occurred, but were instead, celebrating….with beer. Shouts of “USA, USA, USA!” rang out, smiling faces screamed with joy, and people climbed onto the shoulders of friends as if they were at a Guns & Roses concert (sorry, it’s been a while since I’ve been to a concert).

Here in Mexico, I too suddenly felt like cracking open a bottle of beer, or better yet, a bottle of gin. I needed something to dull the disbelief at what I was now watching and more importantly, to dull the fear that began to grow, fear that this behavior just might lead to some severe consequences.

As most of you know, for 11 years now I’ve been wandering around this planet of ours. For 11 years I’ve been trying my damn hardest to play a small role in eliminating misunderstandings and in creating even the tiniest bridge (which is all one lone traveler can hope for) between fellow human beings, regardless of the differences between us.

Throughout my travels, whether I’ve been in Vietnam, Indonesia, Egypt, Argentina, Italy, Croatia, Syria, Samoa or anywhere in between, I’ve encounter good people, people who want nothing more than to live a peaceful, happy life. And I’ve wanted these people to see that I too, am no different than any of them.

So, as soon as I saw those celebrations on the television the other night, my first thought was of all those I’ve met during my adventures, those who live in cities, towns and villages, along coastlines, high up in the mountains, in the middle of deserts and even in Abbottabad, which I happened to pass through myself at the end of 2005 while en route from Islamabad to Gilgit. I tried to imagine how these people were reacting to the cheering and to the drinking of beer, to the contrast between this behavior and my efforts as a traveler to demonstrate that Americans were peace-loving individuals as well.

For some reason, upon hearing the news of Osama’s demise, we chose to celebrate bloodshed and death, to run around the streets as happy as humanly possible, in the exact same manner that certain people in other parts of the world often do when our own people are killed (and for which we furiously condemn them).

The world noticed our cheering. They noticed that instead of separating ourselves from the cycle of violence and war, we enthusiastically embraced it, equating death with victory and demonstrating that we believe killing is acceptable, as long as we are the ones doing the killing.

Yes, we have a reason to feel relief. There is now some closure for 9/11 and the mastermind behind many vicious attacks is no longer able to plan and plot more attacks against innocent people. For that we can all be thankful.

But I personally am not filled with joy at the thought of a human being, any human being, having their brain blown away by a bullet. Osama was a terribly cruel man, but let us not celebrate his death in the streets. Let us use our energy instead to reflect on how we, as a world community, can move forward as one, with less hatred and with less violence towards each other.

And then we can dance, together as friends, with our fellow human beings around the globe. What a better alternative this would be than to continue taking turns rejoicing over the bloodshed of those we label as enemies.