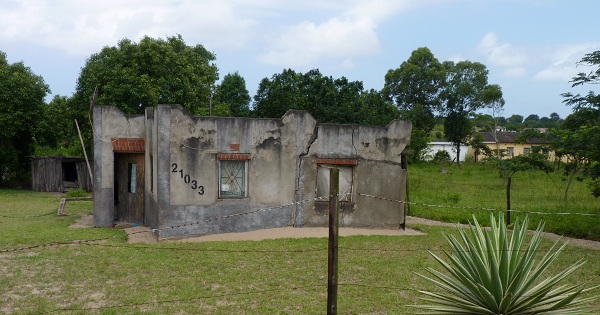 Some travelers do it, many don’t and in my opinion, every traveler should. I’m talking about paying a visit to a South African township.

Created during the Apartheid era, these communities, typically located on the outskirts of towns and cities, were designed to house the ‘non-whites’ who were living in what were then designated as ‘white-only’ parts of the country. Of course, these individuals were forcibly removed from their homes and placed into these segregated townships, most of which suffered from a severe lack of basic services.

Today, millions of people live in these townships as a result and there is apparently still some forced relocation taking place as the government tries to move people out of the shanty towns that still exist. And while some townships have fared well and even include a growing middle-class, the majority are still suffering from poor infrastructure and problems with education, among other issues such as gang violence.

Based upon that very brief description, I wouldn’t be surprised if your initial reaction would be to avoid visiting one of these communities during a visit to South Africa. Instead, you may prefer, as many travelers do, to visit a ‘cultural village’ which is a village created specifically for tourists in order to display the traditional cultures and customs of the people who have inhabited this region for, well, a very long time. The most well-known of such groups would be the Zulus.

But during our trip, we skipped the cultural villages. After all, a cultural village is similar to a museum, and while there’s nothing wrong with visiting a museum, it doesn’t offer an opportunity to see what life is like today, right now, for so many South Africans.

And even though this reality might be difficult for many travelers to see, that’s part of the learning experience.

However, I must admit to myself that this was not exactly how I felt at first when, during our visit to the eastern part of South Africa, we spent an afternoon visiting a Zulu township located in the heart of KwaZulu-Natal province. 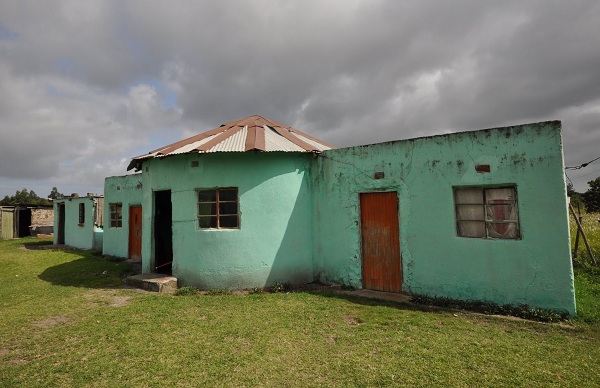 NOT A GOOD START

When our vehicle turned off the main road and onto a dusty, dirt street a few kilometers outside of the town of St. Lucia, I immediately felt terribly uncomfortable. We had entered Khula township and I could not help but feel like such a tourist, as if I were here to gawk as an outsider and take a few photos of people that look different from me. I fidgeted in my seat, nodded awkwardly to the locals walking by and spent several minutes with my head down, fully aware that our small group stuck out only as a group of tourists know how to do.

It all seemed so wrong and so I just braced myself for what I assumed would be a most difficult afternoon.

A short distance down the road, our driver, a local Zulu from this very township, stopped the vehicle in front of a simple building. It turned out that this was a community centre that feeds and clothes dozens of orphans from the area, but I still couldn’t stop myself from hesitating for a few moments before joining the others who had entered the gate that led to a small courtyard.

But when I did enter the gate, and the dozens of energetic children came running up to all of us, shaking our hands and wanting to talk with us, I suddenly began to realize that this was not some tourist attraction after all, but a slice of reality that I really did need to see for myself. 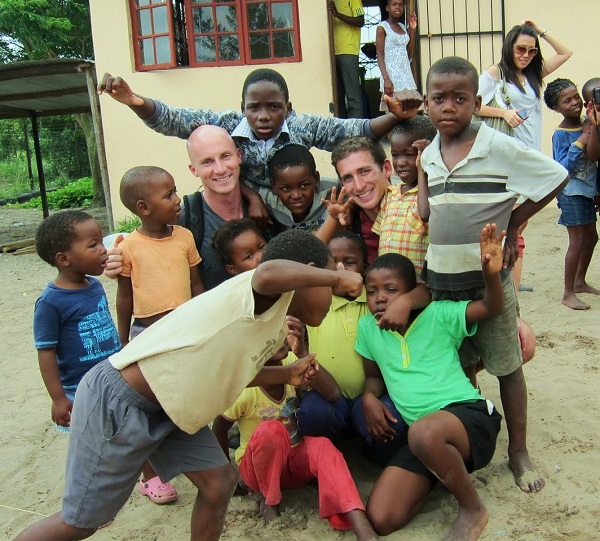 The children were incredibly welcoming and so full of life, and they appeared so genuinely excited by our presence. I couldn’t help but smile as they piled on top of me, every child wanting to get into every photo that was being taken. In fact, the children were the ones insisting that the photos be taken, and they were also taking many of the photos themselves, politely asking for our cameras and for a quick lesson on how to use them, and then stepping back and snapping away.

Naturally, with all of the chatting, laughing and photo taking, our twenty minute stop passed quickly and when we finally pulled ourselves away from the courtyard, and I stepped back out of the gate, I had a completely different perspective about visiting a township. I now felt comfortable with the idea of interacting with everyone around me as these children helped break down that imaginary and unfortunate barrier that is sometimes created between visitors and locals all over the world.

After this experience, and as we continued to drive through the dusty streets, I found that my awkward nods had turned into waves and ‘sawubonas’, both of which were returned to me by everyone we encountered. And this was especially the case when we arrived, without warning, at the home of our driver, where we were greeted by his family, who had collectively cooked up a feast for our group. 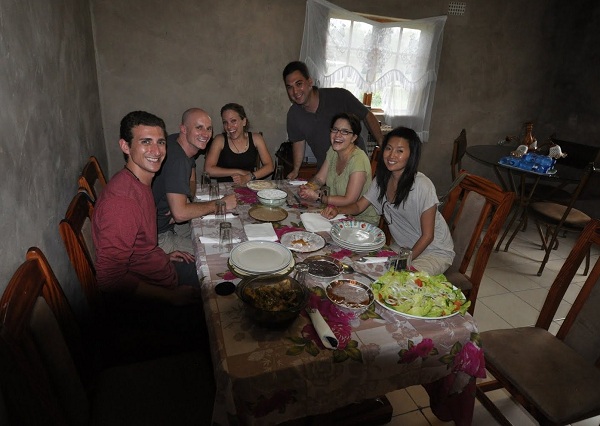 We were invited into the home and we all sat down in the modest dining room where we ate fresh curries, salads and delicious beans in condensed milk. Keep in mind, this was not a house designed to accommodate tour groups, this was someone’s actual home, and everyone, from the family to the neighbors, seemed so interested and sincere in their desire to show us a slice of their lives.

We were able to ask questions and see with our own eyes how the people of these communities lived and interacted with each other. And despite the poverty, not a single person in our group, and not a single person we came across, had anything but a smile on their face.

MY CHANCE TO BE A WARRIOR

Upon completing our lunch, our group went for a short walk until we reached an area that was indeed set up for visitors, or at least the few visitors that trickle into Khula township. We took our seats on some logs scattered around and we joined the handful of local residents who came out of their homes to watch the performance as well.

What we watched was a group of ten orphaned boys give a display of traditional Zulu warrior dances. These boys actually spend most of their time, every day, practicing and performing these dances in order to help ensure that certain aspects of their culture did not disappear with the passing of time.

And not only did we get a chance to see this traditional dance in action, a couple of us were even invited (or maybe forced) to participate as well.

Matt (ExpertVagabond.com) and I suddenly found ourselves lined up with the Zulu boys in front of the small crowd, and we were instructed to simply follow along with the dancing as best we could. I was able to handle this part but it all went downhill as soon as we had to display our own individual versions of a Zulu warrior dance.

Let’s just say that I’m not much of a dancer, especially when it comes to pre-battle displays of aggression, but I gave it a try anyway…

Quite horrendous I know. You should have seen the faces of the local women who were watching. If they were drinking milk at the time, it certainly would have come out of their noses.

What I’m really trying to say with this post is that I do recommend a visit to a township when you’re in South Africa. While it may seem like a touristy and possibly uncomfortable thing to do at first, there are plenty of townships, such as Khula, that rarely see foreigners and are more than welcoming towards visitors.

And as a result, you have an opportunity to not only observe how millions of South Africans currently live, but you have a chance to interact with and learn from the local residents as well.

As you know, my travels are all about human connections and to be able to shake a hand and share a laugh with a Zulu woman or man with whom I would never have come into contact with had I never traveled, is just another life highlight for me, and another educational experience that I will never forget.

So, if you don’t treat the township as a tourist attraction, it simply won’t be one. Don’t feel uncomfortable. Just extend your hand and converse with the people around you. And then, you too will soon discover that such a visit just may be the most challenging, eye-opening and memorable experience of your trip to South Africa.

Our group’s visit to Khula township was arranged through Mandy Heritage Tours & Safaris, a reputable tour operator that knows how to provide unique cultural experiences for visitors to the St. Lucia region.

Have you been to a township? Would you consider visiting one on a trip to South Africa?