A Decade of Wandering Ends, Another One Begins (Part 2)

A Decade of Wandering Ends, Another One Begins (Part 2) 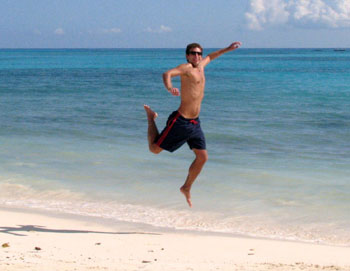 The time has come for Part 2 of my “One Decade of Wandering Ends, Another One Begins” post. I wish to start off by thanking everyone who has already commented, spread the word and helped make Part 1 my most rewarding post to date in terms of the interactions it has led to with all of you out there.

Again, this post is part of my list of the first fifty things – places, adventures, thoughts, lessons learned – that pop into my head when I reflect upon my decade of wandering that has now come to an end. Wait, that might not have sounded right. Let me be more clear. The DECADE has come to an end, not my WANDERINGS!

Ahh, sweet decade, must we now part ways? What’s that you say? With every end, comes a new beginning?

It’s been a long time since I was that terrified kid nearly wetting my pants in fear as I ventured out into the un-familiar streets of Bangkok for the very first time.

In two days, when I step, rather LEAP, across that line that separates the past decade from the decade to come, I will no longer be terrified. I will leap without hesitation even though I still have no idea where the adventure will lead. And this time I might actually wet my pants, not out of fear, but out of pure excitement and an overabundance of inspiration!

And now I wish to invite you to join me, to jump on my back, climb on my shoulders, hang onto my legs, or better yet, STAND NEXT TO ME AND LEAP ALONG WITH ME! Let’s all leap into the new year and the new decade with a genuine determination to succeed, however you personally define that term. Let us all avoid adding to our list of regrets and instead add to our list of goals achieved.

I’ll sip my Corona Light to that!