2016: A Most Fascinating and Unexpected Journey

2016: A Most Fascinating and Unexpected Journey 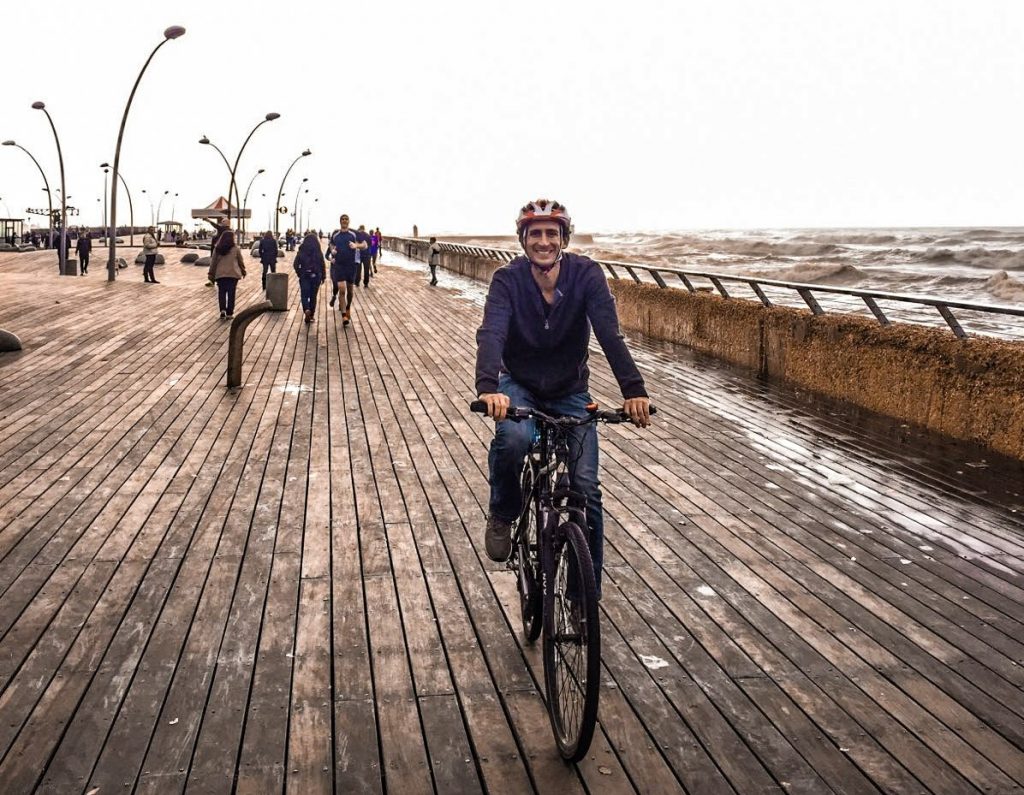 The year 2016 really was a fascinating and unexpected journey for me. It was an extremely happy journey, to say the least.

Okay, maybe I had a similarly brilliant year when I was 9 (after all, that’s when Krissy accepted the bracelet I gave her in the elementary school playground) but my memory is somewhat foggy at this point to know for sure. As far as my adult life goes though, let’s say after age 18, last year was extraordinary.

Now I could tell you that the happiness that persisted throughout most of 2016 stemmed from my travels. After all, it was certainly a year to remember as destinations such as India, Brunei, Philippines, Taiwan, Mexico, Lithuania, Romania, Cuba, Nepal, Maldives, Oman, Jordan and Israel filled my itinerary. It was one intriguing land after another.

But, alas, my happiness was actually not from the travel.

If travel was indeed the root, then I should have reached this level of crazy happiness every year since 1999, when I started wandering the planet. Those travels over the past 16+ years were without a doubt rewarding and beyond awesome but they all took place without the benefit of the extremely important lesson that I learned in 2016.
[x_gap size=”2.313em”]

Earlier this year, my unexpected journey began when I managed to finally start the process of breaking through most of the defenses I had built up over time, defenses that admittedly kept me from dealing with and overcoming my fears and personal issues, and as a result, kept me from enjoying myself as much as I wanted to. One day in Mexico, a particular person appeared out of nowhere and managed to somehow show me what was really missing in my life, what was standing in the way of real happiness and why it was vital for me to do something about it. Whatever part of me I was holding back, whatever I was keeping inside, needed to be released.

I remember very clearly the exact moment everything changed, when all that I had been holding back for so long started to burst out. It took place in front of a wall of graffiti. It was powerful, it was unexpected, it was mighty beautiful and yes, it was frightening. 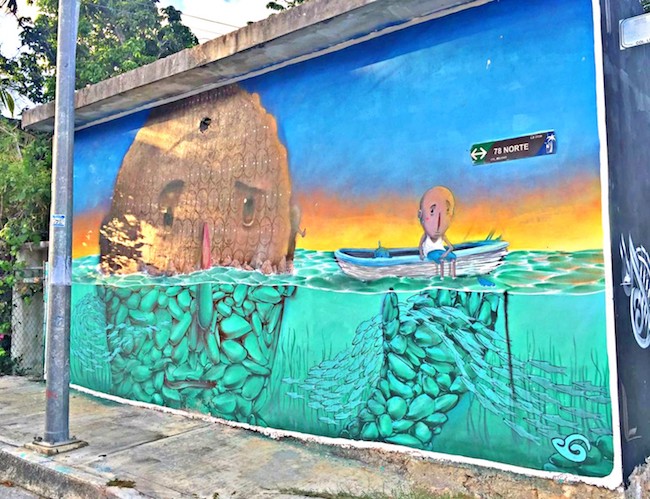 Now this might seem obvious to many of you, but for whatever reason, it wasn’t to me. What I realized at that moment – I mean, really realized in a life-changing way – was that the happiness we all seek does not come from the destinations we visit, the activities we participate in, the work we do or, I don’t know, the food we eat (except for this place in Tel Aviv, it will actually make you happy quite quickly).

Instead, it comes from a belief that we actually deserve to be happy. That’s step one, nothing else. Without that step, we can’t progress, we can’t advance along the happiness chart. I know. I was stuck for a long time, thinking that I was entitled to only a certain amount of happiness in life and that I would need to accept that amount as sufficient.

(I know, the dog looks a little freaked out.) 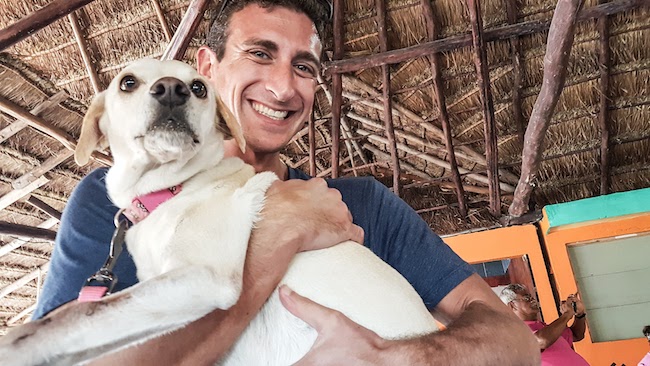 My Description of Happiness

It really comes down to finding that spark, finding that positive state of mind and not letting go. Yes, for me, it was a special person that showed me the benefits of accepting and spreading such positivity all the time. And before I knew it, it filled me up and I was happy to be anywhere and doing anything, confident that I could handle whatever the world threw at me.

With this mindset, you can’t help but naturally spread that same positivity to others. The bigger taste you get yourself, the more you want to share it. When you show up completely soaked and shivering at a small restaurant in Jerusalem, after wandering the streets lost in a torrential evening downpour, the smile is still there. It’s not forced, it’s just there. And that smile passes on to the waitress and to all those you come in contact with. You don’t even think about it. The positivity just spreads on its own…and it’s a spectacular experience.
[x_gap size=”2.313em”]

An Unexpected Journey, But Not Perfect

Don’t get me wrong…I’m not wandering around with a blindingly glowing aura of pure joy emanating from my body every second or anything like that (assuming that’s how auras work). Oh my, no. I had plenty of down moments this year too, just as we all do every year. I made mistakes, messed up, hurt others, had rough patches, lost a loved one recently (RIP Leo) and felt really crappy about myself at times.

This isn’t enlightenment I’m talking about. Far from it. In fact, I killed a mosquito the other day without hesitation.

All I’m talking about is pure, genuine happiness. It’s real, it’s there for us to experience whenever we can, and for me, it’s been a trip beyond my wildest imagination. 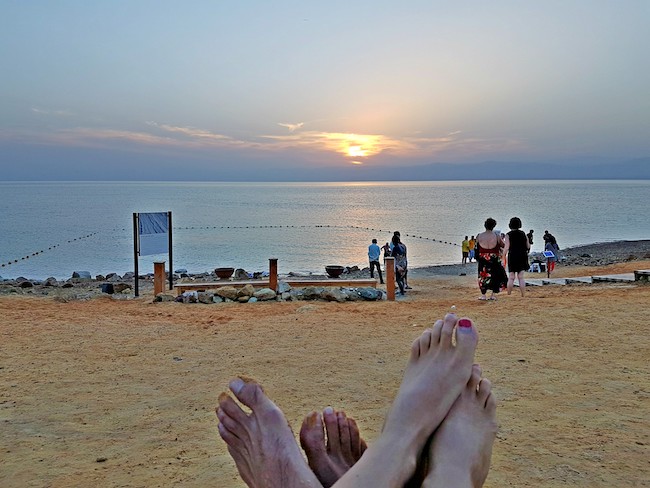 I hope this doesn’t come across the wrong way.

My point with all this unexpected journey and happiness talk has no roots in superiority or anything close to that. After all, I’m 39 years old and I’ll be the first to admit that I’m still learning lessons about life that I probably should have learned a long time ago.

My main goal with this post is to give one example of something that I didn’t think was possible in order to show that, wait a minute, it is possible.

It’s no different than why I write about my travels in the first place. I still think it’s ridiculous that I’m doing all this travel, having started with only $1500 to my name back in 1999. In fact, because it’s so ridiculous and because I’m no different than anyone else, if I can do it, there’s no reason why you can’t travel like this, or in any way you want, too. That’s why I blog, to stress that point.

This post is along the very same lines. It’s just not about the travel.

Instead, it’s about finding a deeper, life-changing level of happiness in 2016. And again, if I can achieve something like this, I want to try my very best to help anyone else that might need a boost, just like I clearly needed, achieve it as well.

Here’s to your happiness!

Thank you so much for following along over the past year. I certainly look forward to hearing from you in 2017 and learning all about the goals you’re achieving, the lands you’re visiting and of course, the happiness you’re hopefully enjoying!